My children in Norway!

They say that " roses are beautiful, but they have thorns too. Well, that is my life. My life in Norway is beautiful, but I have thorns in my life  too.
Before I got married, I was told that I can apply for permanent visa for my children, so they can live with me and it will not be a problem. And I did that....but the foreign affairs denied them. I hired a lawyer, I asked help from the media, from a politician but still the answer was no. It crushed our hearts. It did not matter whether I was the one who supports my children.  The only reason was their father is alive.
Well, they granted at least tourist visa, so my children can visit me anytime, but not permanent visa.
Heartbreaking choice again. I now have a family here and a work to support them. So I could not go back to the Philippines for an unnown future both for me and my children. So, I remained. And I am very thankful for my mother and sisters who had been with them through life's ups and downs. I visited them though as much as I could and helped them financially.

Like I said, life must go on and we  tried to make the best out of it. No matter how painful it was.

Then they came to Norway to visit us. And for me being their mother, I was very happy to have them here, although for only a short period of time.
And these are the highlights of their visit in Norway. This was in year 1998 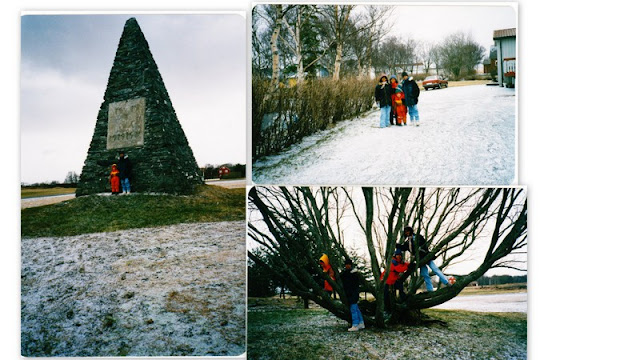 They had seen a glimt of snow in april! It was also a dream come true for them, who has never seen a snowflake in thir childhood days. Here together with their youngest sister. 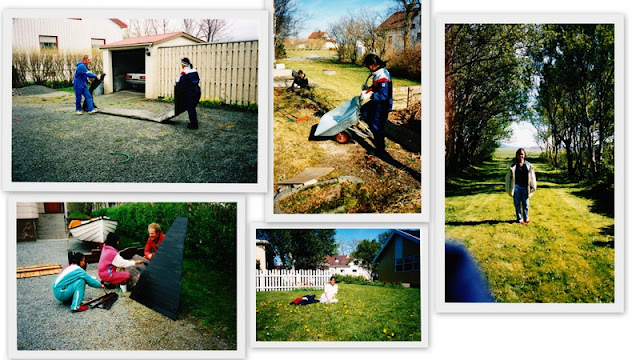 They helped in cleaning  the garden and helped my husband to  paint our little boat . And enjoyed a little bit of the sun! 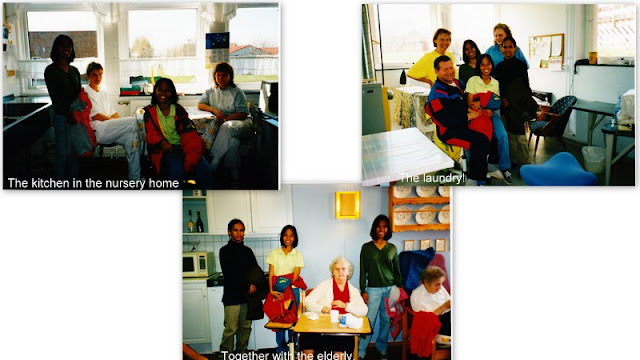 And I showed them the nursing home where I work! And thanks for my co-workers who let us take the pictures:) 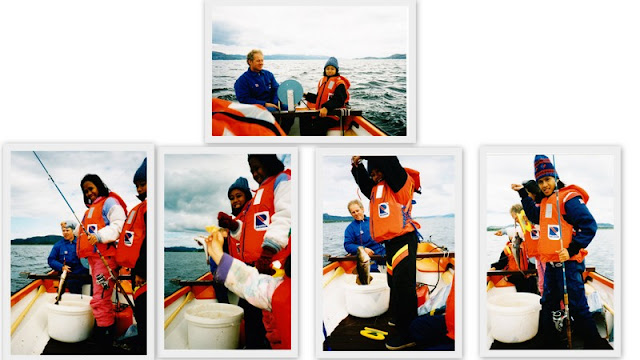 And we went fishing. It'was their first time and we caught a lot of fish:) 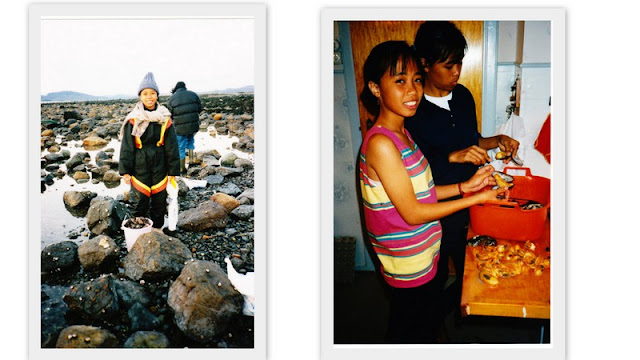 We picked blue mussels too. We do that in april month coz the sea level was very low. They never did that before in our homecountry. So it was really fun.  The bucket was full and so our stomachs too. He, he 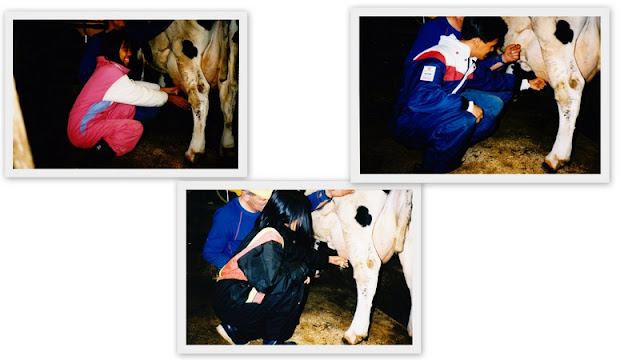 And we visited my husband's uncle's farm. And to get a glass of fresh milk, they have first to learn  how to do it. And they learned fast and tasted fresh and warm milk without preservatives! 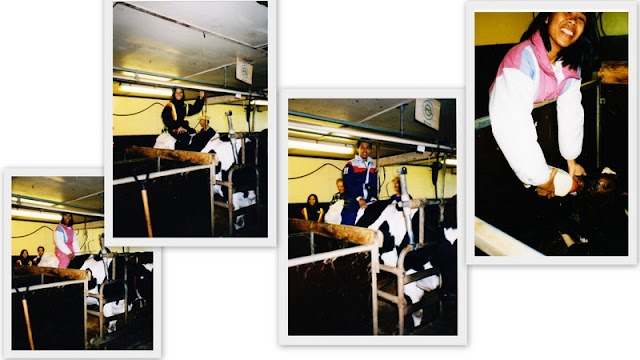 And they tried to sit on the cow too. But their mother stayed on the ground! 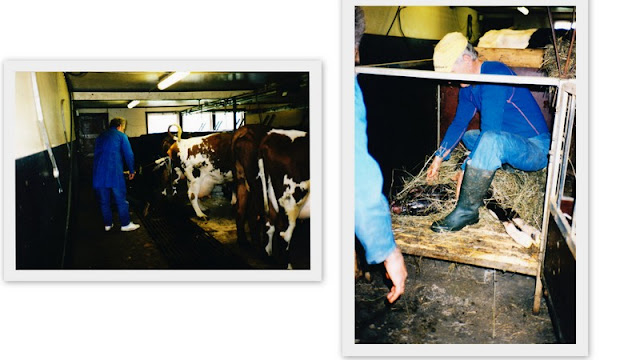 And while we were there, a cow was so eager to give birth to her calf. My husband helped his uncle while we watched in amazement! First time for me too to see such an event:) It turned out well both for the cow and the calf and us! 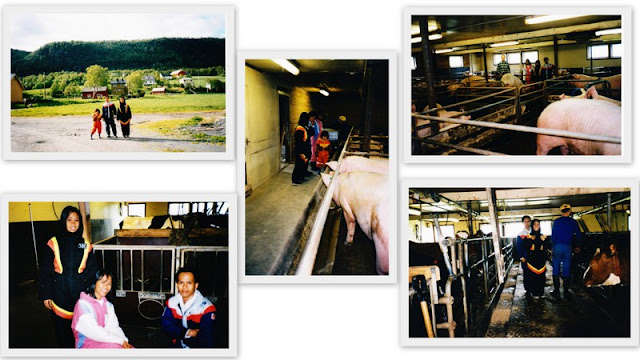 It was a memorable day for all of us although we smelled like cows and pigs after the visit :) But it was once in a lifetime experience, that we  cherished. 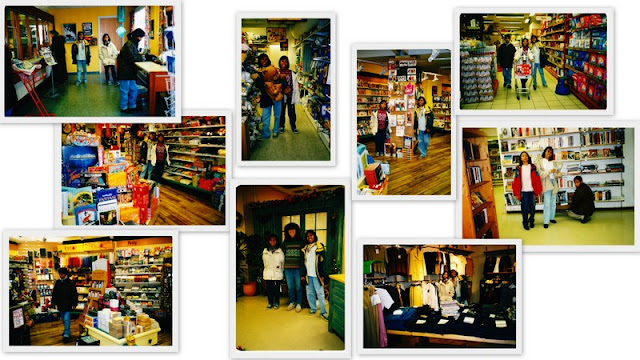 An exhibition on the Occupation of Fosen at Austrått. The Fosen War-Historical Collections are located next to the Austrått Fort. The exhibition deals with the years of the Occupation at Fosen in Austrått. On display are equipment and objects that were used by the Armed Forces, the underground resistance movement, civilians and prisoners of war and more.
( source:  Travel guide) 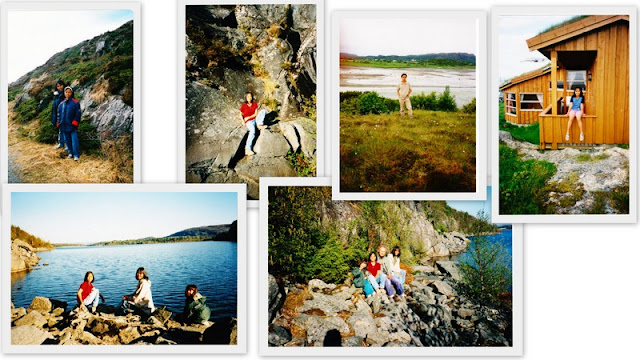 Roaming around when the sun was up! 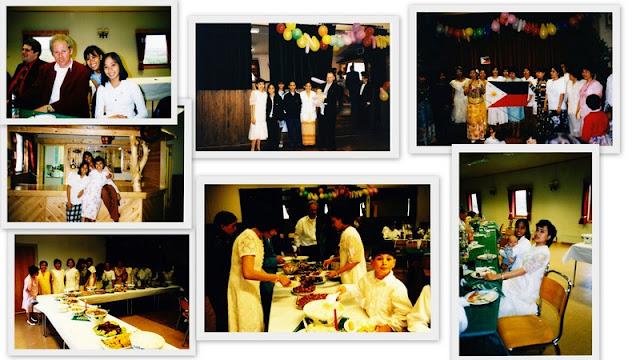 We were invited to an Independence Day celebration for the Filippinos. We wore national dresses and made Philippine foods:) 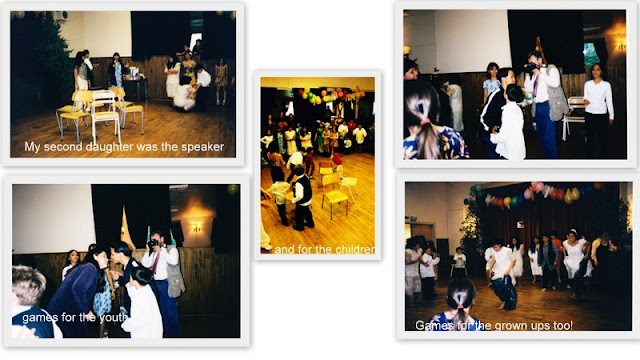 And games for everybody! And of course eating time was on the program too. 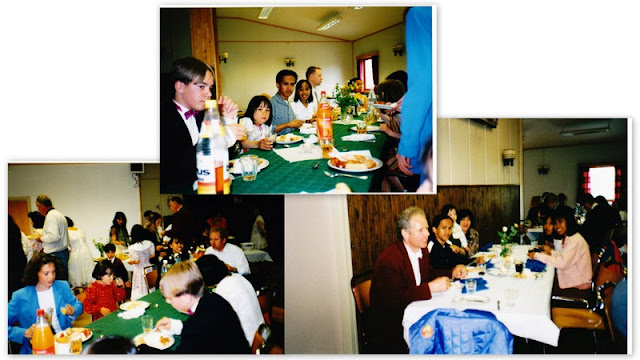 We really enjoyed the party. The Filippinos and the  Norwegians were together! They love Philippines foods :) 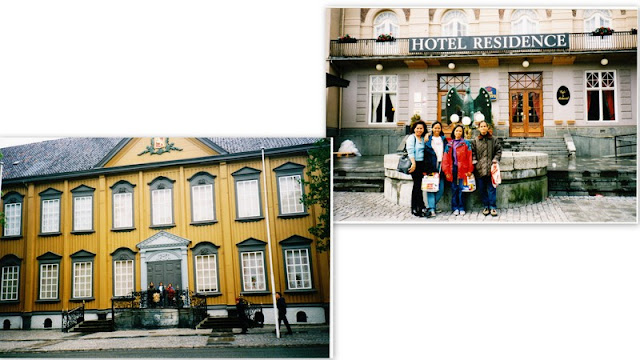 A visit to the ( left)  king and queen's residence in Trondheim. 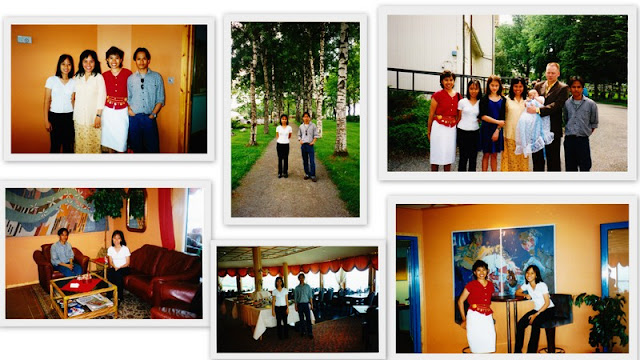 We were invited to the baptism of my cousin's son! My second daughter was not in the picture coz  she  went home earlier to the Philippines because she had to enroll in college.

And then the departure again. That time, they were the ones who were going to leave. And tears and more tears. We came through separation with scars in our hearts and years went by.

The end... I mean this blog for now. I have a lot more to share later.

Thanks for dropping by!

Email ThisBlogThis!Share to TwitterShare to FacebookShare to Pinterest
Posted by joy at 10:39 PM